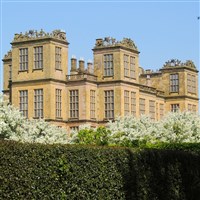 The home of the Countess of Shrewsbury 'Bess of Hardwick', - arguably the most spectacular Elizabethan House in England

An Elizabethan masterpiece. It was the formidable Bess of Hardwick who first created Hardwick in the 1500’s. In the centuries since then her descendants, farmers, gardeners, builders, decorators, embroiderers and craftsmen of all kinds have contributed and made Hardwick their creation.

Take a closer look at the life of Duchess Evelyn, the 'Last Lady of Hardwick'. Her newly restored bedroom completes the family rooms on the middle floor. You can discover more about the life of a duchess, her pioneering conservation work and the dramatic changes she made to the east view landscape, in the East Court Rose Garden.

Find out about Arbella Stuart, the granddaughter of 'Bess of Hardwick' and niece to Mary Queen of Scots. She had a strong royal lineage and a realistic claim to the throne after Elizabeth I died. Educated and raised as a princess, but whose desperate attempts to seek freedom ended with her being imprisoned in the Tower of London. Discover about Arbella in the Hall and explore whether you think Hardwick was built as a palace fit for a queen or as a prison for a princess.

Departure Times/Information will be forwarded approximately 7 days prior to departure.

Book Online & Save £1 per person on all Day Excursions! 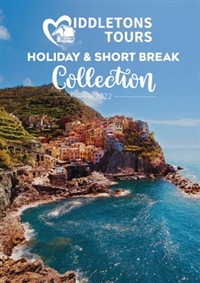 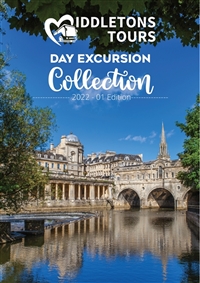