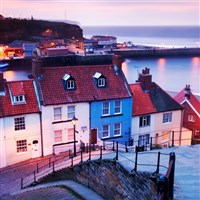 A fabulous combination combing the delights of Roman York and the seaside resort of Whitby. The Abbey ruins the inspiration for Bram Stoker's Dracula.

All the delights of York combined with the most popular North Yorkshire Seaside resort of Whitby. Narrow cobbled streets, independent shops and boutiques a wealth of bars and restaurants plus its abundance of Museums, preserved City Walls,the unique Shambles and its famous Minster.

Whitby straddles both sides of the River Esk. is guaranteed to be among the most charming British seaside towns you will find in England. From the famous Whitby Abbey ruins to golden sand beaches, narrow cobbled streets, a bustling harbour, a cliff-top graveyard and spectacular coastal views, this idyllic former fishing town is just bursting with character. It’s no wonder it consistently ranks among the most popular destinations on the North East coast of England.

Departure Times/Itinerary/Luggage Labels will be forwarded to you approximately 10 days prior to departure.

We depart local pick up points and head to the medieval City of York. A late morning arrrival, allows us to enjoy the day and to explore this compact walled City. The list of museum is endless, plus its fabulous Minster, a wealth of independent shops, cafes and restaurants.

We check in to the centrally located Queens Hotel situated on the banks of the river Ouse late afternoon. Time now to freshen up before Dinner in the hotel restaurant. After enjoy a drink in the bar overlooking the river or take advantage of our location and enjoy a stroll to one of the local bars.

This morning we start the day with a hearty breakfast before heading to the Yorkshire coastal resort of Whitby. Always a firm favourite there is something for everyone. Visit the Church of St. Mary, reached by 199 steps. The Captain Cook Memorial Museum, in the house where Cook once lived, displays paintings and maps. West of town is West Cliff Beach, lined with beach huts.The harbour is filled with a jumble of colourful fishing boats and on boat sides of the Esk are a host of bars, restaurants and shops. A late afternoon departure from Whitby to retrace our steps home. 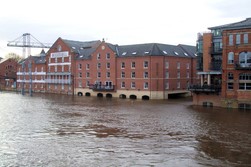 The Queens Hotel is centrally located on the south bank of the River Ouse, just a short walk to the city centre. The entrance is accessed by 10 steps (Chairlift available).

All 78 bedrooms are well furnished and the traditional restaurant has views over the river as does the adjacent bar which provides comfortable seating where guests can relax and enjoy a drink.

Rooms are spacious and comfortable with classical decor. All rooms have Tea/Coffee faciliites and complimentary WiFi. 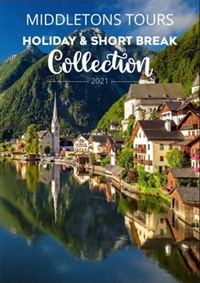